icensed acupuncturists often wonder how to build their practice. In numerous healthcare professions similar to acupuncture the practitioner can pull part time hours in some sort of healthcare setting while building a budding private practice at the same time. When I started my psychotherapy practice I held a full time job in psychiatry at the UCLA Neuropsychiatric Institute. My practice grew and I dropped the UCLA job altogether. I was fortunate because at that time the state association of marriage and family therapists (of which I was a member) successfully fought to have any licensed provider with a scope of practice that included psychological treatment be eligible to bill for psychological services. Clearly, we benefited because psychologists, social workers and psychiatrists were already billing for psychotherapy.

Things are different in acupuncture. The fight to include acupuncture as an eligible benefit under insurance plans continues. The battle is different with every state. Many LAcs see other providers – e.g., PTs and DCs – as threats to holding onto our scope as our exclusive domain. Yet, the opposite could be the case. Once any provider wins the ability to bill for needling therapy successfully then all with the same scope are included. We should all agree that PTs and DCs not only outnumber LAcs, they also have much stronger advocacy capabilities. Instead of fighting these groups we might consider how they work to benefit us. I am a witness to how a profession can ride someone else’s coattails. In fact, this happens quite frequently in health professions.

Jobs are simply not available for LAcs to work in while they build a practice. Jobs would be available if LAcs trained in mainstream settings, such as community clinics. LAcs would learn to work alongside other clinicians and the mainstream providers would learn what is an acupuncturist and what does s/he do. Instead, there are very few LAcs who work in a clinic or hospital or other mainstream setting. This is one of the potential benefits of inclusion in Medicare. If acupuncturists are recognized as eligible providers under the largest payor program in the nation then they wold assuredly be eligible to work in community clinics supported by the federal largest payor in the nation – CMS.

Imagine that a new licensee is able to work part time in a community clinic helping staff a pain management service. We did this in Santa Monica at Venice Family Clinic in 2008. Except the treating LAc and DC could not be hired. They had to work as volunteers. The Venice Family Clinic is a Federally Qualified Health Center (FQHC). As such every treatment in every service is paid on a flat rate negotiated thru Medicaid and Medicare. Because acupuncture is not recognized under Medicare, fees for the service could not be collected…and still cannot. If acupuncture was an eligible treatment under CMS then the clinic could collect the flat fee for each treatment. This would create a revenue pool from which the LAc could be hired. As things stand today, the Executive Officer will not take the chance of having to return fees at the end of the year that were collected throughout the year for a treatment and a provider not recognized by CMS.

The other consideration is what is an eligible diagnosis. The VA recently commissioned the RAND corporation to determine from the research literature what are the diagnostic related groups for which acupuncture is a “proven” effective treatment. The report showed the usual groups stood out: headaches, chronic pain and migraine. These were rated as having “evidence of a positive effect.” These DRGs are the ones commonly endorsed by insurance carriers. There are PLENTY of patients whose complaints fall under these DRGs that can benefit from acupuncture. 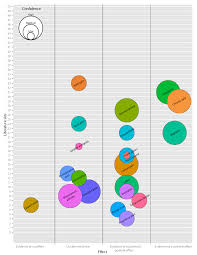