Dr. Donald E. (Deke) Kendall, well known to acupuncture students and faculty across the U.S. for the past four decades, has passed away at the age of 87 on September 22nd, 2017. Deke was a co-founder of NGAOM along with principals George Wedemeyer and Ted Priebe. Deke has inspired, taught and mentored most of the long time Guild members along with thousands of other acupuncture students, medical doctors, dentists, veterinarians and other health professionals, since he began teaching at California Acupuncture College in 1981. The goals, values and assumptions that brought the Guild into existence came directly from Deke. Deke saw our profession as the equal of any medical profession and created the standards for training and competencies that the Guild is committed to reaching.

Friends, colleagues, admirers and family will celebrate Deke’s life October 21, 2017 at St. Maximilian Kolbe Catholic Church 5801 Kanan Road, Westlake VIllage, CA 91362. The service will begin at 11:00 AM followed by a “Celebration of Life”, also at Maximilian Kolbe Church. If you would like to offer remembrances at the “Celebration of Life” or if you would like further information, contact: Jerome Lingad at (818)292-3303 or at Gdlingad@gmail.com.

We want to offer thousands of licensed acupuncturists across the country who knew and loved Deke or who benefitted from Deke’s teaching or books the opportunity to prepare and post a few words in memory of Deke. Please leave words of remembrance and sincere condolences in the section below. 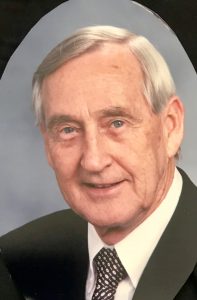 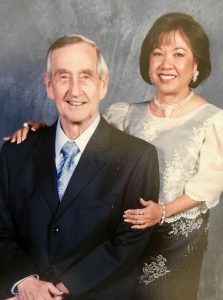 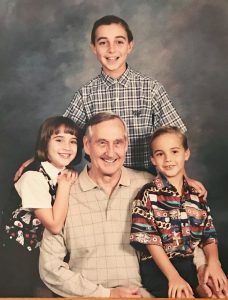 The passing of a great leader in the field gives us all pause to consider why we all chose this field and what it means to be a licensed acupuncturist. Deke’s major premise, and the major premise of NGAOM, is that licensed acupuncture deserves to be a full and equal partner in the United States system of healthcare delivery. In order to be considered worthy of that status, acupuncture and its mechanisms of action have to be explained in terms that the scientific community, the conventional medical and allied professional medical communities can understand and accept. Deke’s work, as both a doctor of Oriental medicine (OMD) and a Ph.D. in Psychophysiology, has been instrumental in doing just that. Deke’s work, by defining the mechanisms of action, establishing the validity of the underlying science and therefore helping establish the credibility of acupuncture has done all of us practitioners a great service. For those who didn’t have the opportunity to study directly with Deke, Lotus offers an excellent video program and his universally acclaimed book Dao of Chinese Medicine is available from Amazon.com

Deke was adamant in his belief that, because of the enormous benefit which licensed acupuncturists deliver to the public that all acupuncturists ought to make an excellent living. In support of that mission, Deke taught courses for 37 years around the country and around the world. The directors of the National Guild have made it our mission to carry on Dr. Kendall’s work, by persistent efforts to elevate our profession to its rightful place in America’s healthcare system. We are committed to helping every licensed acupuncturist make an excellent living so that this medicine can be of increasing benefit to more and more of our citizens.

So, if you would like to honor Deke’s memory and warm the hearts of his family, who witnessed the 1000’s of hours of research, writing and teaching that Deke devoted to the elevation of our profession, please leave your condolences below to the family of a great man.

Don't wait any longer! Help the acupuncture profession, your family, and your practice by becoming a member today. END_OF_DOCUMENT_TOKEN_TO_BE_REPLACED

NGAOM is a charter Guild of "Office and Professional Employees Internation Union", OPEIU, a 501(c)6 non-profit organization
Skip to toolbar